I appreciate what you’ve done for your country, your team and your lovely family.

My knowledge of football is not very much.

My mom’s favorite Gary Lineker, Gary  also a fan of Enyd Blyton’s Famous Five series. Shakira is best known for her song Waka Waka -This Time for Africa, the official song of FIFA 2010. Muhammad Salah, my husband’s favourite. He’s  a remarkable player that his fans  made a song about Mo Salah.

Suddenly Qatar and the FIFA World Cup 2022 are here. Jungkook BTS with Fahad Al Kubaisi performing The Dreamers, a really lovely song. Proving that Qatar also knows what is trending among young people. K-Pop is one of them.

As a wife and mother who has a husband and sons who loves football, I want to see this world cup in a version of joy and sportivity.

Qatar, for me so far, alhamdulillah, has succeeded in presenting the Islamic side as rahmatan lil alamin. Even though the headscarf is a mandatory, there is no coercion of women to wear the hijab there. Women may not wear headscarves, as long as they are wearing proper clothes. The moslem country, which has been portrayed as ravaged by the media, is proving itself that the progress of the times and adhering to principles is not something that must be contested.

You can stay tech 5.0, open minded, pray and recite the Quran. You can keep cheering for your favorite team, taking photos here and there, celebrating and still respecting the local culture. Seeing how people outside of Arabia try to dress like Arabian men: robes, wearing kefiyyeh/ghutrah with black agal coils on their heads. How we try to understand Arab culture without assuming that they are barbarians who only know killing and starting a war.

Throughout the Qatar FIFA World Cup 2022 event, various discussions flowed between my husband and I, also with the children. How is it that after 2 years of an unprecedented pandemic that hit the world, this world cup comes with all the remarkable stories and of course so many issues.

A simple question arises: why didn’t Indonesia participate in the world cup?

If contestants from Asia and Africa were added, several European countries might be eliminated.

The Tunisian and Cameroonian games also cannot be underestimated.

Well, from major world events we know that Asian and African nations are still underestimated. Even though it is forbidden to talk about racism, racist realities often still occur around us. That’s why, I’m very happy when Japan and South Korea qualify for the round of 16. It further proves that Asia has a position in various world arenas, and one day Indonesia will prove it, inshaallah.

Usually when watching the Olympics or the World Cup, for a ordinary woman like me, these parts are my favourite points of view :

• Who are the artists, or the artist players who appear

Likewise with the Qatar WC 2022. Laeeb’s funny mascot, what a lively opening ceremony, the cries of the winning and losing supporters. How is the presence of Neymar, Messi, Cristiano Ronaldo, and what is often a trending topic on Twitter: Haji Muhammad Son alias HM Son.

In Qatar World Cup 2022,  an actions of a movement emerged.

The truth is, I want in Qatar’s WC we feel joyful, without any campaign that hurts our desire to watch football.

I remember that a sports event is actually a grand event that will be used to show real human identity.

It’s said, a country that wins football is a country that can really work well in a team. Sports also show how the quality of the country. We see in the end, African countries that are often underestimated, actually prove their quality: Senegal, Morocco, Ghana, Cameroon. What do you imagine when you hear the word Africa? Famine, civil war, human rights violations. With sports, Africa proved how good they are.

Japan and South Korea proved sport is sport. They are very total and have succeeded in proving themselves as a country that is able to compete with European countries which have been considered advanced in all its aspects.

Look at Asia and Africa. If there are children who have to take care of their parents and become the sandwich generation, that is not a reflection of the millennial generation who should be free and independent.

So, the European concept of virtue is free, independent, happy. Even if it means sacrificing others, including family and the environment. In Asia and Africa, one is taught that one’s happiness must still consider the happiness of the parents who have cared for the children. Happiness is also part of a big family, so we are taught to help each other.

Indeed, there are times when being Asian is stressful because it is difficult to voice your opinion against your parents and extended family. But Asians don’t always feel pressured and underdeveloped! Behind my success stands the sacrifice of my husband, children, my parents, my siblings, my neighbors.

Anyway, you must bow to the white nation!

In the eastern world, the family is the most important part. Spouse (husband/wife), parents, children, neighbors, extended family are part of the pulse of life. So, if we were told to get rid of it all for the sake of the echoes of one love, for the sake of childless freedom; sorry, we can’t.

The occupation is over.

Asia is already free. Africa too. Of course, there are still colonized countries that are struggling towards independence. And Qatar, wants to present a symbol of progress, principle values, equality and how to build human relations without having to colonize other nations with old or new style of colonization.

As a mother, I worry about the new wave of imperialism that is sweeping the world, including our children. Qatar is a unique and extraordinary example for my children.

Sometimes I ask, can we still maintain the concept of family, when the rainbow flag wave is so swift?

Sometimes I ask, is the current generation just fascinated by hallyu of KPop and weaboo-otaku of Japanese culture?

Qatar WC 2022 answered most of my worries.

We can strict to our principles even though the global ideology hits swiftly. Let time prove, those who focus on achievement and hard work no need to make a noise about propaganda.

Being passionate with K-Pop and Japanese culture, my children have also witnessed that the Asian-African region has made amazing progress. Including Qatar, which so far may only be known as the country of Emirs and the place where world scholars live – allahumma yarham sheikh Yusuf Qardhawi.

Qatar proves its modern side, strength of principles, hospitality, rich culture; can go on together.

Hopefully we can visit Qatar, one day.

(So sorry if my English is not so good)

It Takes Two to Tango

If you ask me who I am
I just can tell you a simple explanation. 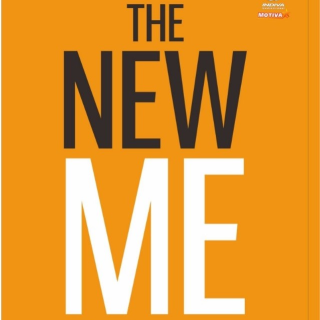 I am a writer and psychologist. A mother of 4 children, a wife of incredible husband. I live in Surabaya, and have published more than 70 books. What do I like the most? Reading and writing. Then, observing people. And also, learning new language

If you ask me who I am
I just can tell you a simple explanation.

I am a writer and psychologist. A mother of 4 children, a wife of incredible husband. I live in Surabaya, and have published more than 70 books. What do I like the most? Reading and writing. Then, observing people. And also, learning new language